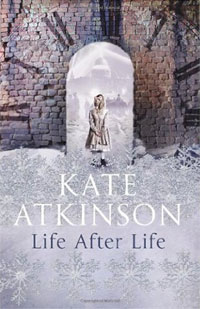 The existence of each one of us, and the crucial events of our lives, are entirely dependent upon a chain of often minor and unrecorded preceding circumstances. Yes – a rather pompous-sounding and trivial observation, but when seen from a subjective point of view it can seem to assume a more profound significance. What prompts this is the novel I’ve just finished, Kate Atkinson’s Life After Life.

It’s a theme that often surfaces in contemporary fiction: in Making it Up Penelope Lively takes the events of her own life and allows them to develop in plausible directions other than the one in which they actually did; David Mitchell (the novelist, not the TV personality), in his first novel Ghostwritten, traces interlinked chains of causality around the globe in which, giving just one example, a fleeting encounter in a London street has critical consequences for the future of humanity.

Kate Atkinson has been a favourite of mine since her first novel, Behind the Scenes at the Museum. She has a Dickensian ability to create an extensive collection of characters each of whom are entirely convincing, and whose interactions with each other may surprise you, but are never less than believable. In fact I find her characters more realistic, and less caricatured, than those of Dickens.

In Life After Life her realism becomes a little more magical. It concerns Ursula Todd, born in 1910 and witnessing the events of the 20th century in a variety of different ways (or not at all) as repeated versions of her life take different courses. I’m not giving anything much away – as both of these events come at the very beginning of the book – if I tell you that in one life she dies at birth, and in another gets to assassinate Hitler before he becomes Chancellor of Germany. Ursula’s large and believable family (Atkinson is particularly good at families) also individually suffer a variety of fates alongside Ursula’s own. The close juxtaposition of earthy reality and fanciful metaphysics comes off, for me, entirely successfully.

So what about the metaphysics of real life? Just to consider this blog, it owes its existence to a whole host of preceding factors. Among them is Sir Tim Berners-Lee, as is the precise trajectory of a shell in the battle of the Somme in 1916, which, had it been very slightly different, would have resulted in the death of my grandfather. As it was, it landed close enough to him to give him what all WW1 soldiers hoped for – a ‘Blighty wound’, which was a passport back home. 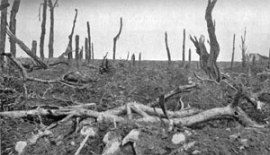 A scene at Pozières during the Battle of the Somme 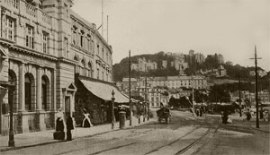 Torquay in the early 20th century

But the first my grandfather knew of it was when he came back to consciousness in a hospital in Torquay. Like most who have been through experiences like his, he never said very much about them. However some measure of what he had been through lies in the fact that he felt moved to return to Torquay for a holiday nearly every year for the rest of his life. His son, who would have been my uncle, was not so lucky, though. He lost his life in the first months of the second world war at the age of 19. I was told how likeable and outgoing he was as a character, and I’m sure he would have gone on to have a family. I sometimes spare a thought for my non-existent cousins. 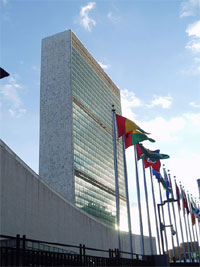 Most of us are aware of certain fateful moments in our own lives – at any rate in retrospect. The one that often returns to me took place when I was on a work trip to New York. My hotel room had a view over the United Nations, giving me an almost cheesily memorable backdrop for my thoughts as I sat there. And my thoughts were about a woman of my acquaintance, and how a postcard suggesting we should go out together would be received, if I sent it to her.

The indecision finally resolved itself, and I sent the card. It gives me a curious, vertiginous feeling to think that the existence of my very real, and now adult, children hung in the balance at that moment. You may wonder what their reaction would be on reading this. It would be Oh God, not that story again.

Well, my nearly-wasn’t wife and I are shortly off to Venice for a long weekend. The idea is to have a relaxing break, but having just run the gauntlet of the Ryanair online check-in process we are starting to wonder. Anyhow, I don’t expect to encounter any life-changing events there; but if I return with any memories worth mentioning they may find their way on to these pages.

8 thoughts on “Fate – Grim or Otherwise”